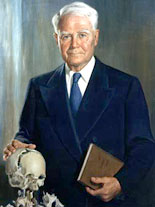 Cranial osteopathy, or more precisely “osteopathy in the cranial field” is a subtle all embracing form of osteopathic treatment. Using the lightest of touch, cranial osteopaths are trained to feel the ongoing rhythmical shape change present in all body tissues. This phenomenon is now known as the involuntary motion.

The involuntary motion is of very small amplitude and requires a keenly developed sense of palpation to feel. It was first described by Dr William Sutherland (a pupil of Dr Still) in the early 1900’s.

Dr Sutherland’s original work involved the correction of restrictions in the bones of the skull (cranium). However the involuntary motion is therefore detectable throughout the body from head to toe. For this reason the term “cranial osteopathy” is rather limiting. 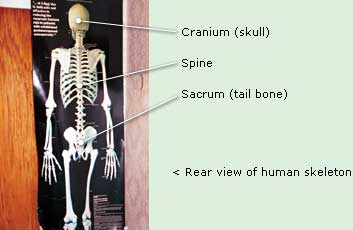 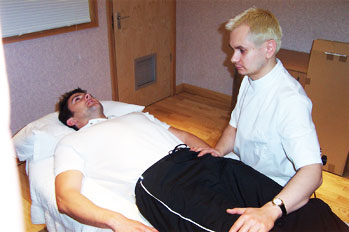 When we experience stress our body tissues may react by tensing. Initially the body may well adapt to these effects but slowly a pattern of restriction develops. These restrictions restrict our free movement and may lead to the development of symptoms.

At Hermes Health, further post-graduate study has been undertaken with the Sutherland Cranial College (SCC). The SCC is one of two post graduate courses recognised by the Sutherland Society (the largest grouping of cranial osteopaths in the UK) as providing a thorough training in this field.